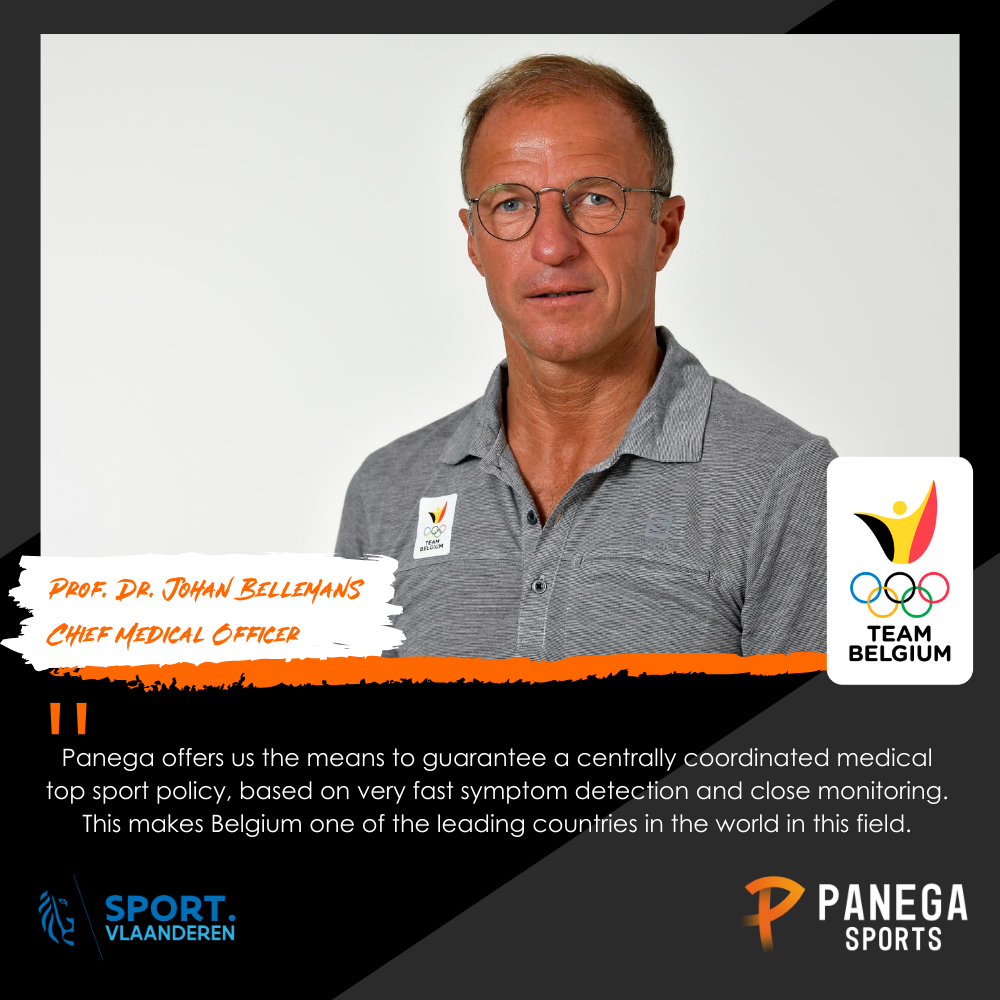 As a sailor, Prof. Dr. Johan Bellemans took part in the Olympic Games in Barcelona. This top sports background now comes in handy for him as head of the medical department of Team Belgium.
Bellemans, specialized in knees and sports injuries, joined Team Belgium 15 years ago. After the London Games, he became the person with final responsibility.

“Trainer – medical staff – athlete, we have a very open communication about everything”, he says. “That’s one of the prearranged agreements; we want to know everything about the athlete.”

Bellemans continues: “One of the problems, when I joined Team Belgium, was that there was no coordinated medical top sports policy. After the Beijing Games – which weren’t very good for our country in sports terms – we decided on my advice that something had to change. We had to have an umbrella view of our top athletes on a permanent basis. That’s about 200 of them. Since then, our medical success rate has improved substantially.”

“Some figures to illustrate this: in Beijing (2008) we had an incidence of 18% of our athletes (who were thus unable to perform at 100% of their capacity). That was quite high, which was an important insight.

In London, we’ve already reduced that percentage to 10%, and in Rio, only 6% of our athletes were injured. That reduction to 6% resulted in 2 medals, so that’s pure profit.
On the other hand, 6% is still 6%, whereby within the injured group there were athletes with an almost medal-certitude. And when calculating that a medal costs about four to five million…

For Tokyo, our target is to further reduce the incidence to 4%, using the Panega platform. This would be a great result, especially since we’re talking about relatively cheap measures here.”

What exactly are these measures?
“They are based on very fast symptom detection on the one hand and very short monitoring of our athletes on the other hand.
These two factors are combined and controlled from the central Panega platform, enabling a nationally coordinated top-level sports policy with all stakeholders involved.

We are with Panega, who do so in a wonderful partnership with Sport Vlaanderen, certainly one of the leading countries in the world in that field”.

Any cookies that may not be particularly necessary for the website to function and is used specifically to collect user personal data via analytics, ads, other embedded contents are termed as non-necessary cookies. It is mandatory to procure user consent prior to running these cookies on your website.