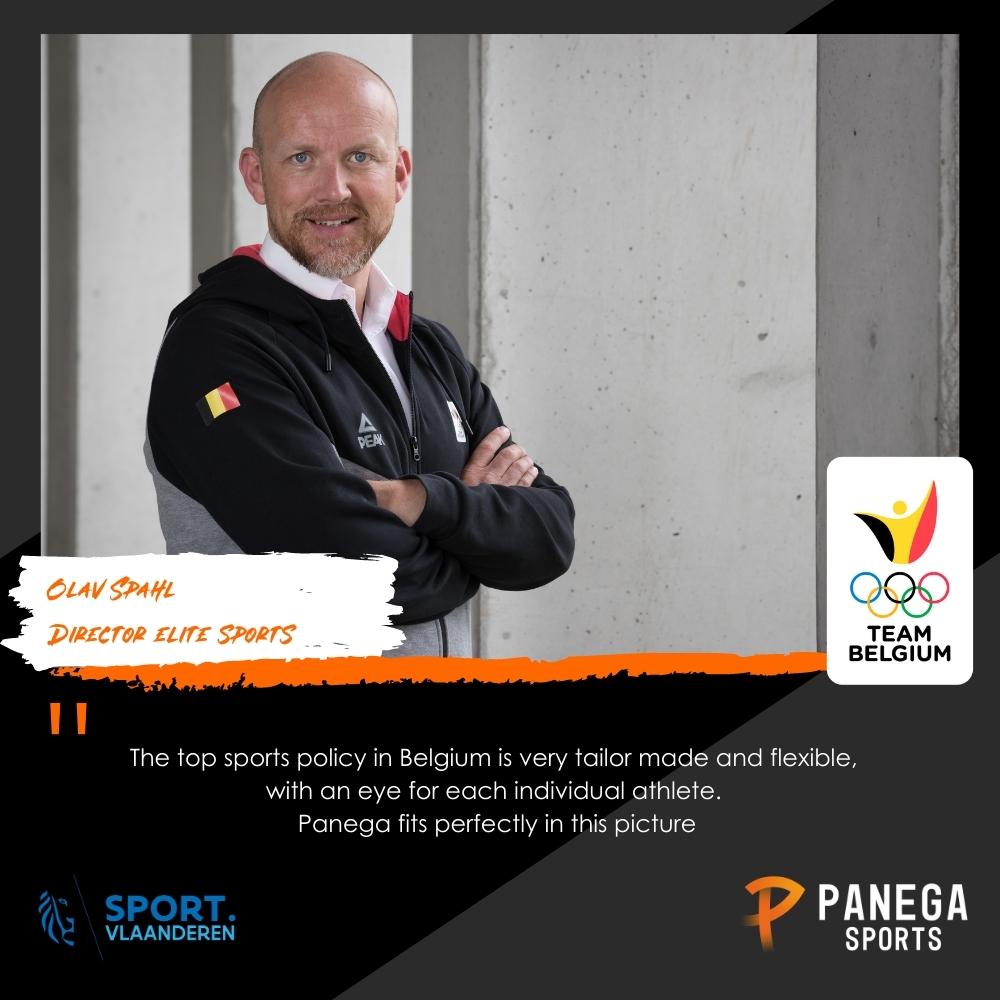 Before Olav Spahl took over the torch from Eddy De Smedt as Director Elite Sport for Team Belgium, he had already earned his stripes in his homeland Germany.

He was not only Technical Director of the German Swimming Federation, but he was also part of the German delegation (including as Deputy Chief of Mission) during the Olympic Games in London, Sochi, Rio, and PyeongChang, and he was responsible for 18 “Olympic support centers”, 2 “Institutes for applied training and science-technology” and for the “Coaches academy”.

He is therefore perfectly placed to see the differences between the great nation of Germany and the much smaller Belgium.

“A big advantage when we look at Belgium compared to large nations and large budgets is that Belgium can work very tailor-made and is very flexible. I think the policy about performance programs is the right adaptation. Large countries such as Germany, for example, do not have the possibility to influence 1 program of 1 athlete, to be able to stop, to build on, or to make changes. There, with the support of the government, this is done much more through large budgets that are given to the federations where it is not always as targeted as it can be seen here in Belgium.  That is a great added value.

In this way, a project like Panega also fits in perfectly. Here, too, it’s about the continuous guidance of an athlete & the management of an athlete.
Now we really have the possibility to increase communication between certain physiotherapists and doctors, psychologists, and the athlete himself.
Dependencies between the different data can now be found.
And of course, and this is interesting and important: to be able to find the KPI per sport. Which indicators can make very good predictions for a later performance development?

The highest goal, in the slightly longer term, is to work with all centralized data, for example through working groups at universities, mass data analysis, and machine learning. In order to be able to extract certain indicators from the data.

The collaboration and partnership with Panega is going very well from my point of view. From the beginning, the people were very open and the needs of the federations, the coaches, and those responsible were listened to.

Also the next steps, for example, the rollout to the physiotherapists and the medical staff, I see the same thing; a high level of relationship with the stakeholders – I appreciate that and that is certainly an added value: and it turns out to be very typical for Panega.

This website uses cookies to improve your experience while you navigate through the website. Out of these cookies, the cookies that are categorized as necessary are stored on your browser as they are essential for the working of basic functionalities of the website. We also use third-party cookies that help us analyze and understand how you use this website. These cookies will be stored in your browser only with your consent. You also have the option to opt-out of these cookies. But opting out of some of these cookies may have an effect on your browsing experience.
Necessary Always Enabled
Necessary cookies are absolutely essential for the website to function properly. This category only includes cookies that ensures basic functionalities and security features of the website. These cookies do not store any personal information.
Non-necessary
Any cookies that may not be particularly necessary for the website to function and is used specifically to collect user personal data via analytics, ads, other embedded contents are termed as non-necessary cookies. It is mandatory to procure user consent prior to running these cookies on your website.
SAVE & ACCEPT